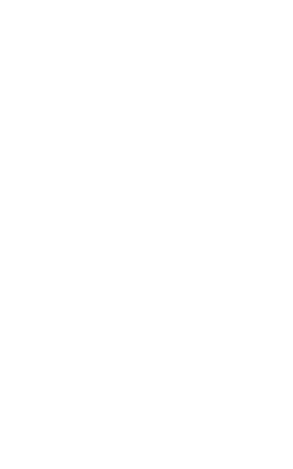 My name is Jorge Ignacio Calzada. I am a retina surgeon in Memphis, Tennessee, USA, where I live with
my two kids, George and Adela. I am often asked how a doctor born in Panama City, in Central America,
ends up in the middle of the United States. My usual short answer is, “I came for training and stayed
here,” but the story is much more convoluted.

My parents were both born in Spain. My father is from a medieval city called Lleida, in Cataluña, near
Barcelona. My mother is from a beautiful port city in the north called Gijon, in Asturias, in front of the
Cantabria Sea. They both had to leave Spain after the Spanish Civil War. My maternal Grandfather,
Manuel Meana (“Lolo”), had to exile before my mother was born. His journey had taken him through the
Dominican Republic until he set up roots in the City of Colon, in Panama. When my mother left Spain at
the age of 11, she crossed the Atlantic to meet him for the first time in Panama.

“I believe in the advancement of medical science
and the basic understanding of the human body.”

My father was raised in a family of teachers. They couldn’t speak their native Catalan language at home during Franco’s dictatorship. His uncle and Godfather, doctor Esteban Ysern, had also exiled out of Spain and, just like Lolo, went through the Dominican Republic until he settled in Panama City, Panama. He had been a physician during the Civil War. When he arrived in Panama, he was asked to take over the ophthalmology wards at the Hospital Santo Tomas, the largest public hospital in the country. So, without any formal ophthalmic training, he became an ophthalmologist, which is almost impossible to believe
from the perspective of XXI century modern medical knowledge. My father’s family couldn’t afford for him to go study at a University, so when “el tío Esteban” sent a letter offering to get him educated inPanama, at the newly-created University of Panama, he was placed on a boat and shipped across the
Atlantic at the age of 17. My parents then met later in Panama, where my three siblings and I were born.

Many immigrants can understand the feeling of knowing you can lose every material thing in life, but you can never lose your education, culture, and will to persevere. This was instilled in us early, and perhaps it’s the reason all of my siblings have excelled in their respective fields. My sister, Maite, had the highest GPA in the University of Panama where she studied law. My sister, Maru, is a PhD in Mathematics and became Dean and Provost at Loyola University in New Orleans. My brother, Javier, is an amazing cardiologist. I’m proud and thankful for all of them since they helped raise me, the baby of the family.

“I look at the retina as part of the brain and
understand it’s implications in basic neuroscience.”

I graduated valedictorian from School of Medicine at the University of Panama. I tried as hard as I could to get involved in medical research while I was in Panama. I ultimately decided that to receive top training in my chosen specialty of ophthalmology, I had to move to Europe or the United States. It was then that I received a call that would open many doors for me. It was from my soon-to-be mentor, doctor Barrett Haik. He trained a close friend (and now clinic partner), Dr. Ernesto Calvo, through whom he had learned about me. Barrett brought me to Memphis, took me to St. Jude Children’s Hospital, and became a medical
mentor. With his support and the support of Dr. Peter Netland, I began basic retinal neurobiology research at the laboratory of Dr. Dianna Johnson. I studied retinal ganglion cell death and retinal transplantation until I entered ophthalmology residency.

I still travel to Panama regularly to my clinic there, Panamerican Vitreoretinal Consulting, which I set at the Clinica Orillac Calvo in Panama City. I have been lucky to be in a place where I have ample clinical and surgical volume to develop an expertise in retinal microsurgery, as well as to explore medical research and collaborate with wonderful basic scientists. Having had the experience of being a professor at a retina fellowship training program provided me with the opportunity to help mentor young physicians just as my mentors helped me.

Beyond the medical and scientific, I have two other deep loves: music and martial arts. I have been practicing both since I was 7 years old. Now I have a second-degree black belt in traditional Japanese shotokan karate-do and still practice every day. And being in a city with musical roots like Memphis has
allowed me to study jazz piano and the blues Hammond organ. I now play with a jazz trio and a large band with other music-loving physicians called Memphis Soul Remedy. The rabbit hole of understanding, exploring, and living the martial arts and music has definitively helped me become a better father and
physician.